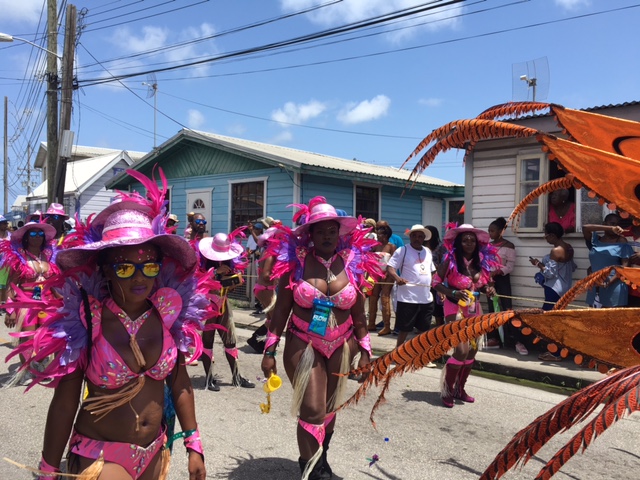 After camping out in Ft Lauderdale airport overnight (more than determined not to miss my flight), I savored the 4-5 hours of “as comfortable as you can get on an airplane” sleep all the way to Grantley-Adams International Airport.

Touchdown in BIM. Barbados is gorgeous, so lush and green surrounded by a sea of the most breathtaking blue waters. I was literally in awe of the landscape of this island. I’m still bothered that I didn’t take a quick pic before walking into customs and immigration.

but here’s a pic anyway…

THINGS YOU SHOULD DEFINITELY KNOW ABOUT CROPOVER

It’s damn hot. If you’re going, go with an arsenal of cooling devices, skin protectant gels, sprays–whatever you deem necessary because you will swear you are in Hades at certain points of the day. I mean it was 96 degrees in Florida today and that couldn’t touch high noon in Barbados not in the least. You will pray for RAIN and when the rain comes, it is chilly rain,  almost reminiscent of an ice bath but that could just be my skin over exaggerating from the copious amounts of heat and scorching sun it had to endure. Upside: I copped a nice little tan. 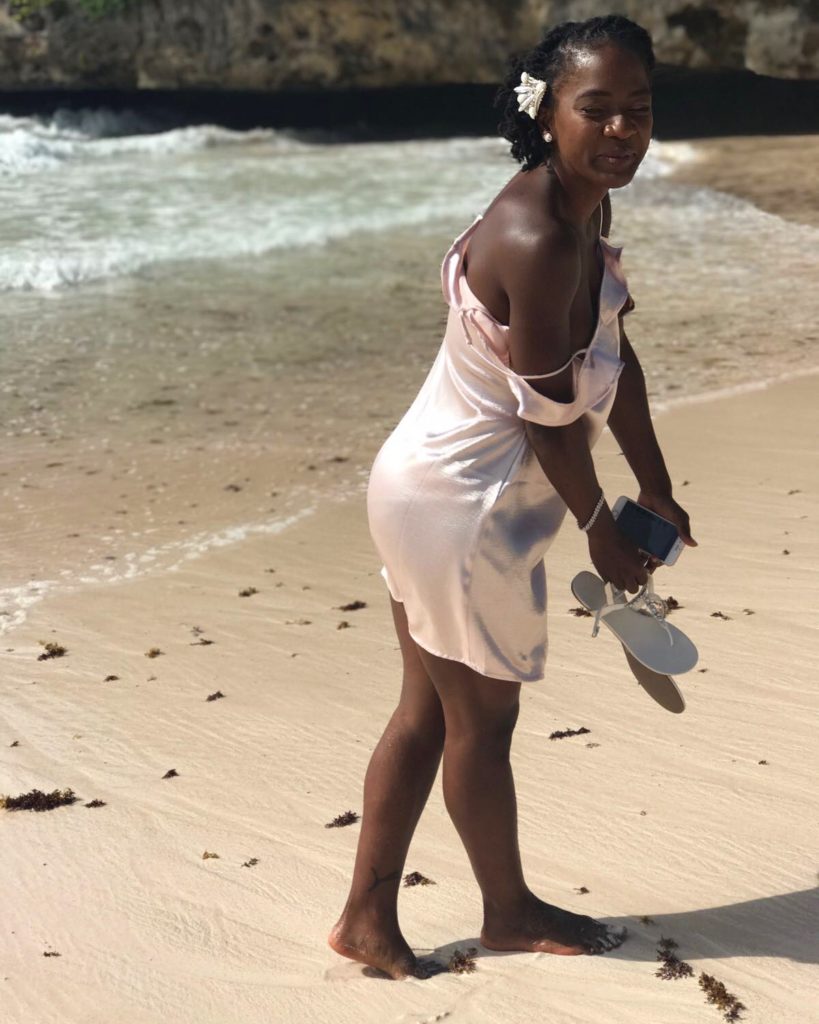 Fete. We only went to FOUR fetes (AM Bush, Bliss, Limerz and Soca Brainwash) but automatically my biggest regret is not doing more BAJAN fetes and ForeDay Morning. Plus, there are soooooo many fetes to choose from! Also and this is just my personal opinion, Bajan vibes aren’t necessarily better than another island’s (it’s all according to your POV) but REALLY & TRULY the vibes are just on a different level. It’s like… these people come with one goal in mind and that is to fete (party) & suddenly it becomes a collective of like-minded individuals,all aiming to just enjoy the sweet vibes and FETE. *how every fete and carnival should be IMO* 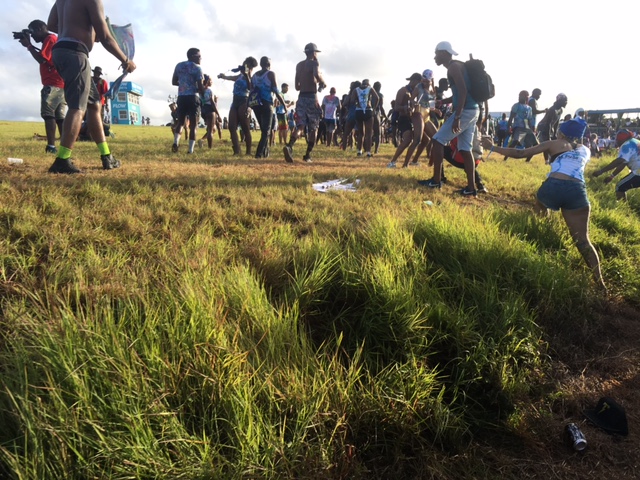 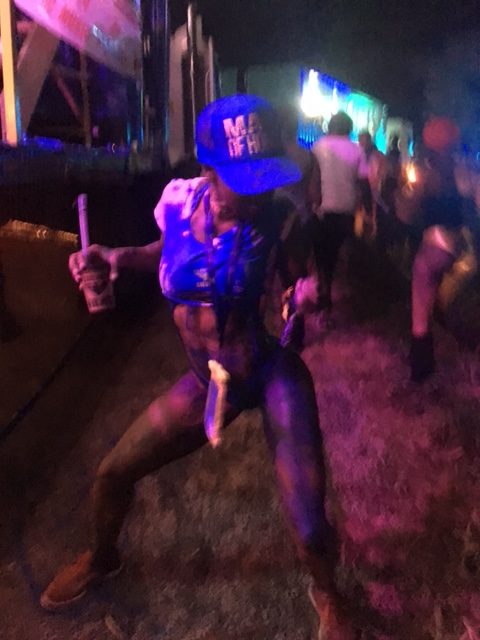 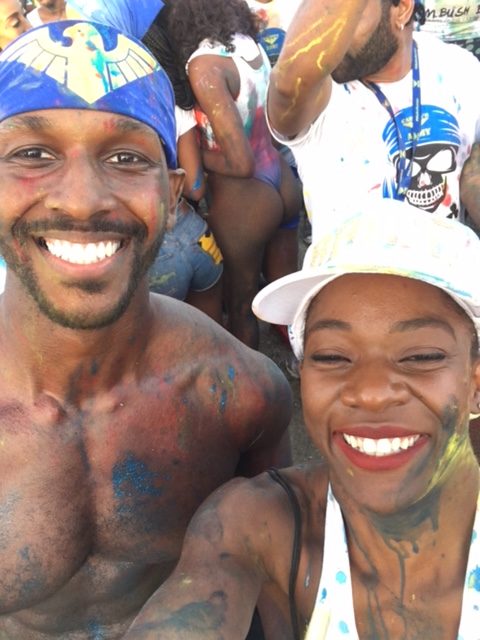 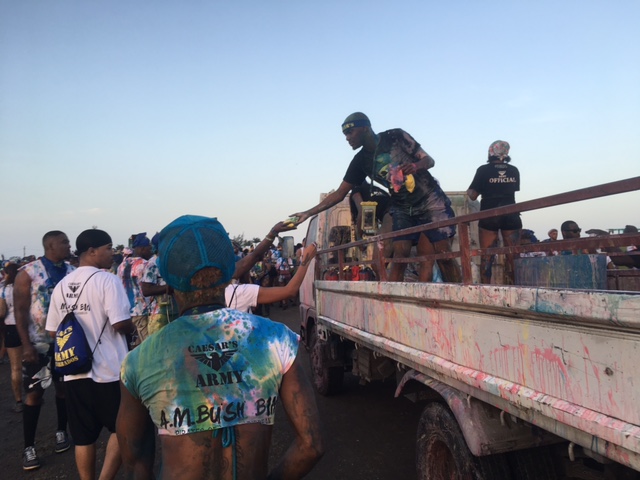 Plenty mud. Im not exaggerating. For example, we went to Soca Brainwash with all intentions of continuing the lituation from Limerz Cruise but only to end up avoiding many a tumble because the mud was overly present in the fete. You had to dance and then dance some more to avoid sliding into some poor soul performing a similar routine to avoid an otherwise muddy demise. We opted to park on a table tent where I observed many a patron chipping and somehow haphazardly muddying up their good fete clothes. Tip: Wear shoes you don’t mind throwing away. 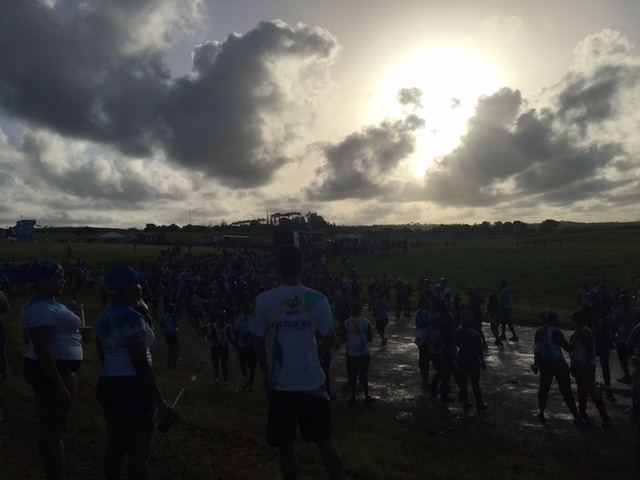 Road. The road started off a little interesting. All masqueraders lined up behind a banner representing the particular section you were in and chipped into the stadium. Most carnival goers usually expect to cross the stage at the peak of the day but during Crop Over (and correct me if I’m wrong) the bands all passed the major judging point in the international stadium FIRST before heading out onto the road. What was really nice about this was that ALL the different bands were in the stadium all at once so you could see the different variations of costumes or say hello to a friend that played in another band. I might also add that there were PLENTY of photographers & media outlets covering on the inside of the stadium + the local Bajan soca was pumping. Excitement! 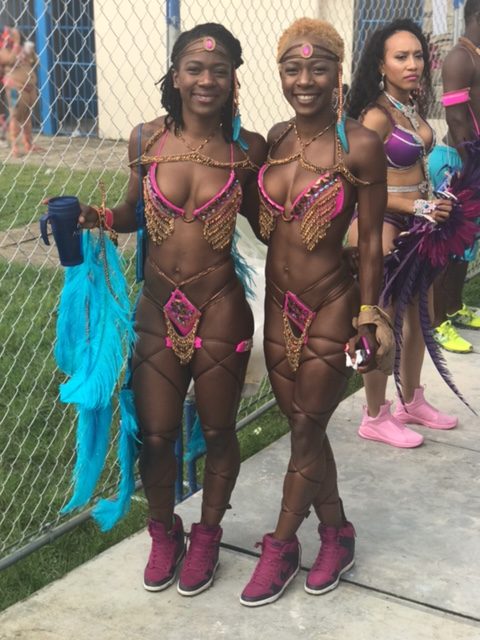 So distribution was here and there (for me). There were a few pieces missing from my costume when compared to the picture but the band house manager did her best to appease the situation and was also VERY nice and displayed AWESOME CUSTOMER SERVICE. The wait and payment process was seamless with options to pay online and at pick up for costumes. The staff was courteous and ensured that we had everything necessary for Kadooment Day.  I think generally across the board; Bajans are very hospitable.

We arrived to the stadium grounds (ON TIME) thanks to our very dependable taxi driver where Aura Experience was serving breakfast (doubles, soup and other options); honestly the first time I’ve ever had breakfast before going on the ROAD in all my years of reveling. 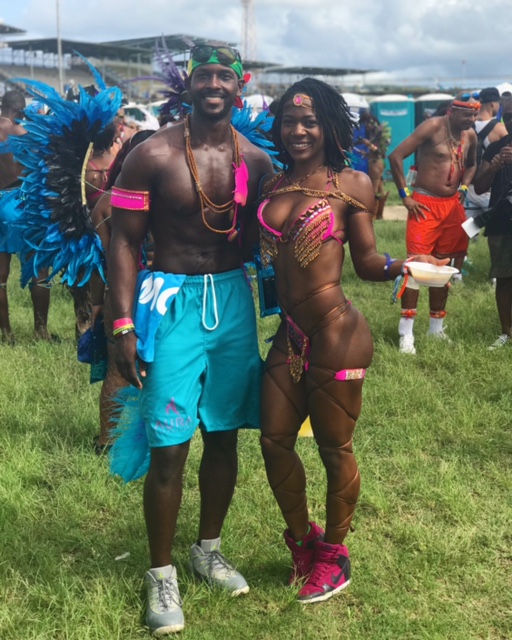 On the road, there were only two music trucks and the band leaders were trying so diligently to keep everyone on the inside of the ropes but it just got way too claustrophobic and HOT for yours truly. So, I opted to chip on the side of the streets where there was plenty of space. We made our way to the first truck and stayed there because the music was varied (VARIED); if you’ve done a lot of carnivals –you WILL appreciate AURA on the road. It’s not the same 3, 4, 5 tunes over and over and over again. 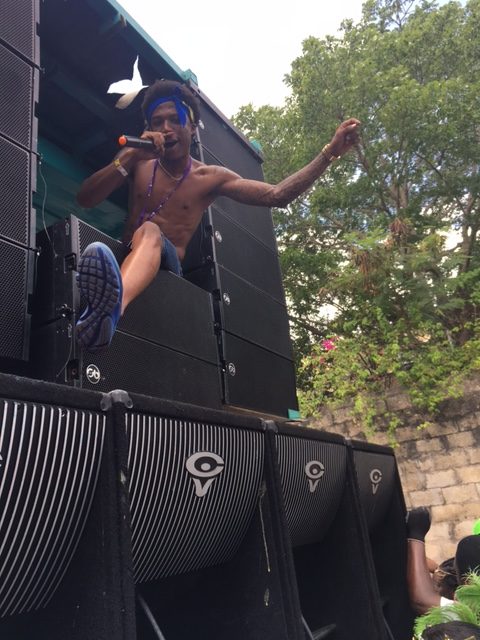 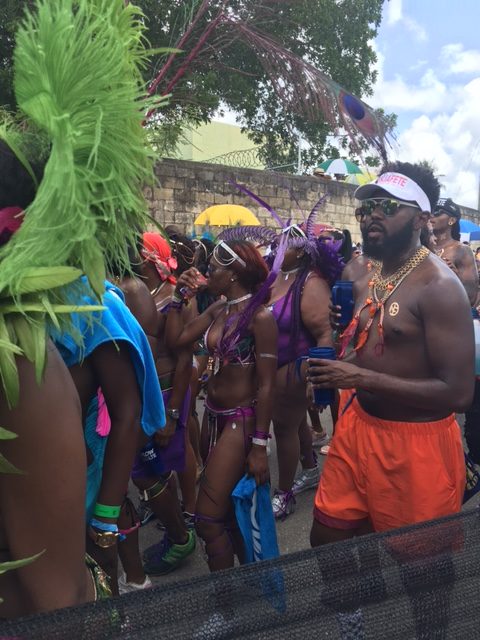 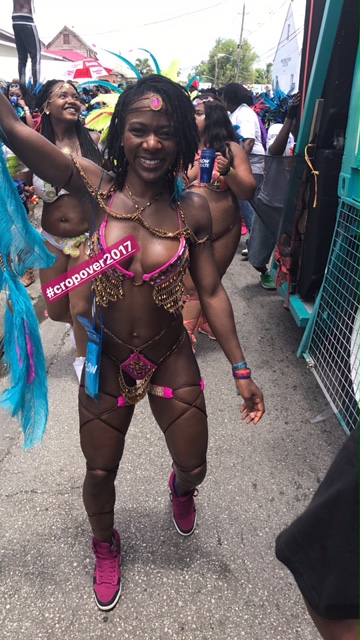 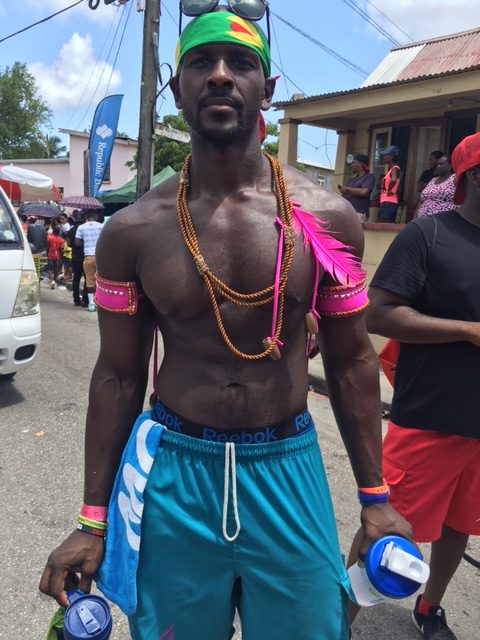 Slight predicament came when I realized I had drank all of my first drink and the drinks truck seemed to be what was more than a million ‘chips’ (steps) away. I STARTED to complain and then MIRACULOUSLY these angels donned in red t-shirts and caps started giving away water bottles, beers and had gallons of rum in tow! These angels are called Bar Runners but I like the title Rum Runners better. They were so sweet and very obliging; I mean I haven’t been to a carnival YET where convenience was this readily available. 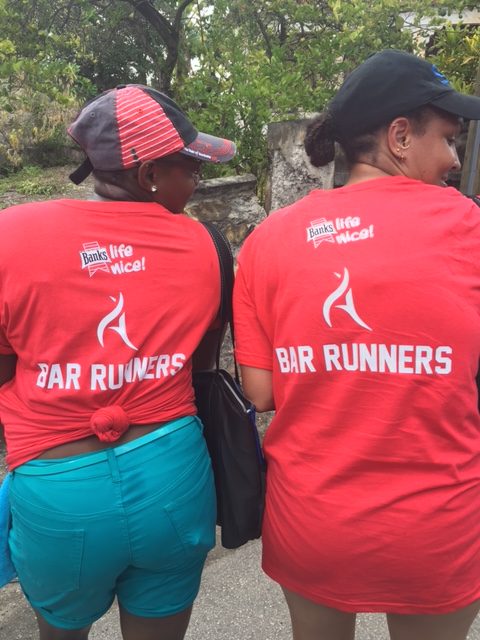 So just keep in mind the route is HOT! There were several blocks that had some sort of pipe sprinkler configuration spraying cool jets of NECESSARY water because it was sooooooooooooooo HOT. I definitely think my wine (aka gyration of waistline) turned into a rain dance at some point during the day but Aura did a great job of keeping water readily available.

After all the excitement of the day; the band came to a halt and we had our 2nd food stop for the day. AT THE BEACH! I was already in a bikini so I had no issues jumping into the water (WHOLESALE) and the beaches in Barbados are just truly beautifully UNREAL… 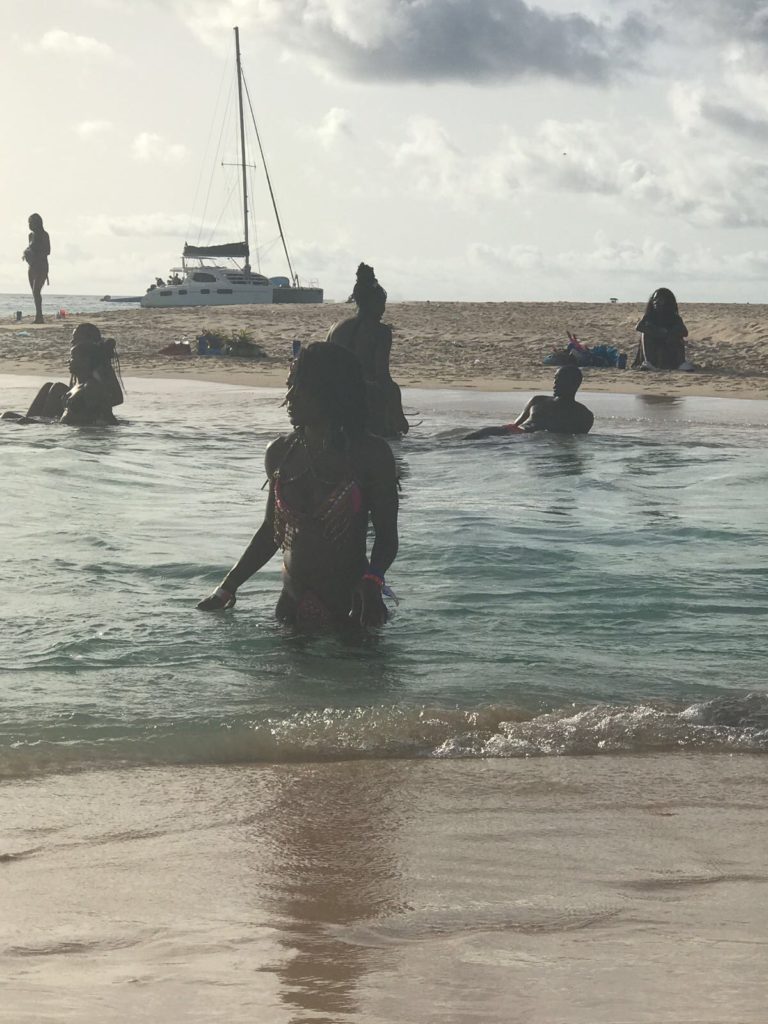 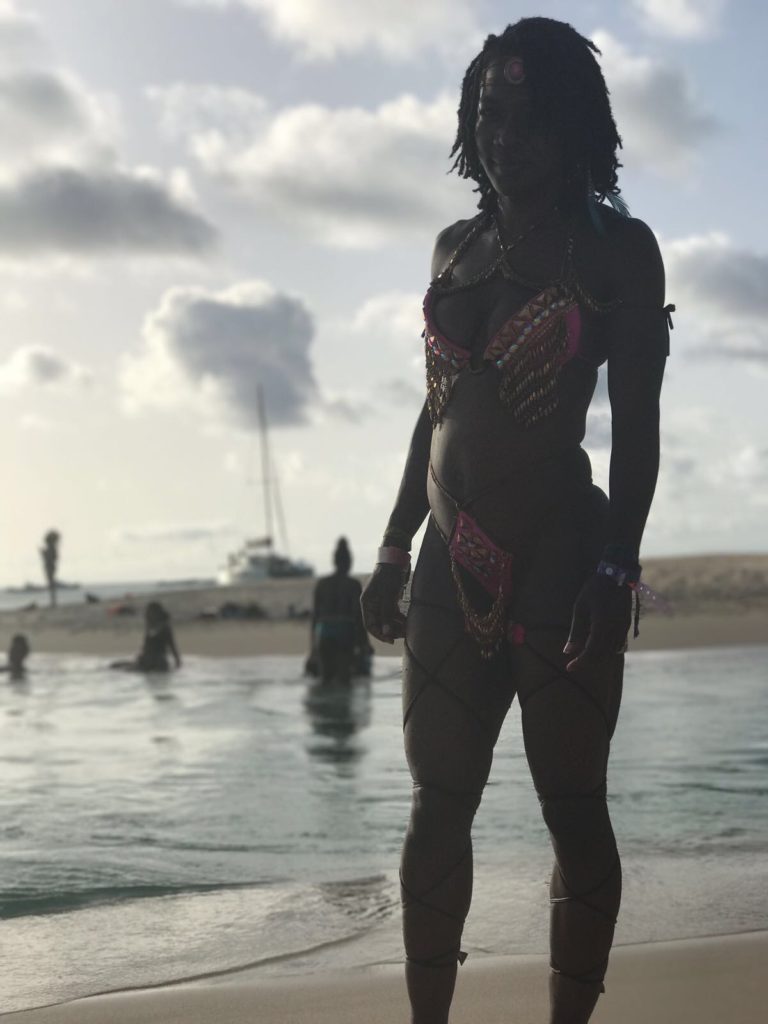 Check out the video version of this Cropover trip and let me know what you think in the comments below. It really and truly was sweet and I definitely would do it again.

#JabJabMeetsJunkanoo. Barbados is and will always be a very special place in my heart for a long time for many reasons and not just carnival. My husband and I decided to combine a few of the things we love to celebrate our nuptials; because what is love and life without culture and VIBES! 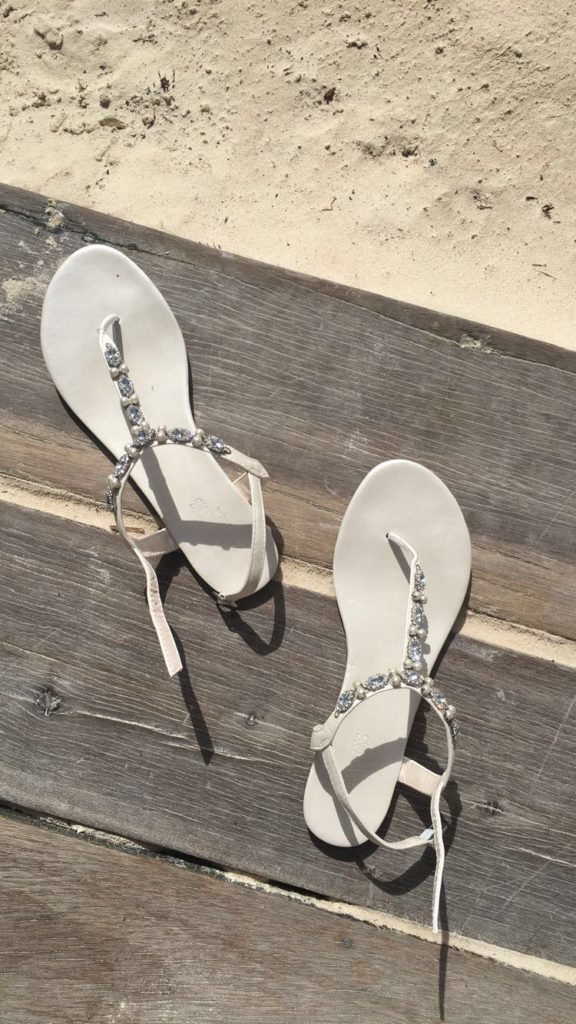 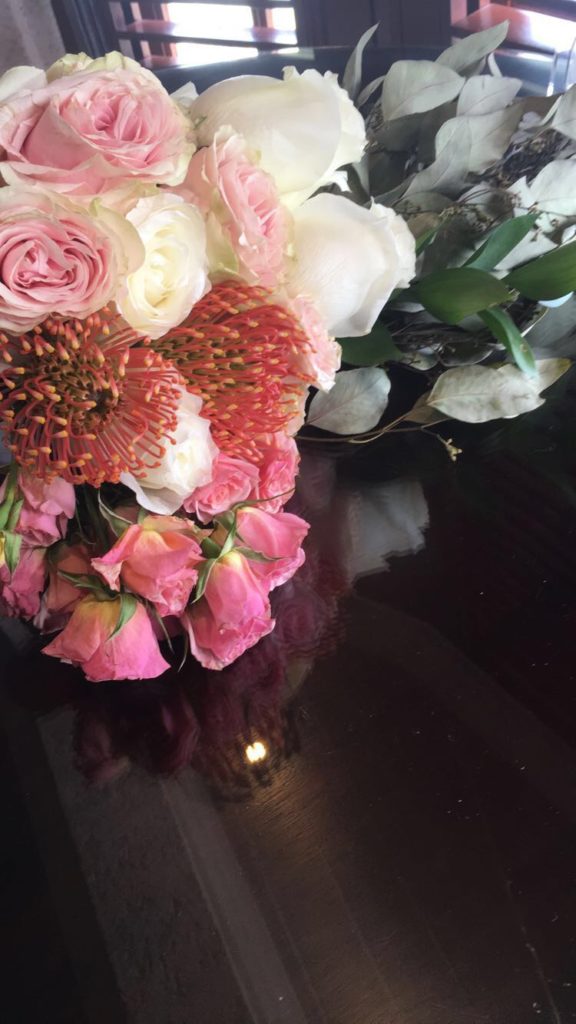 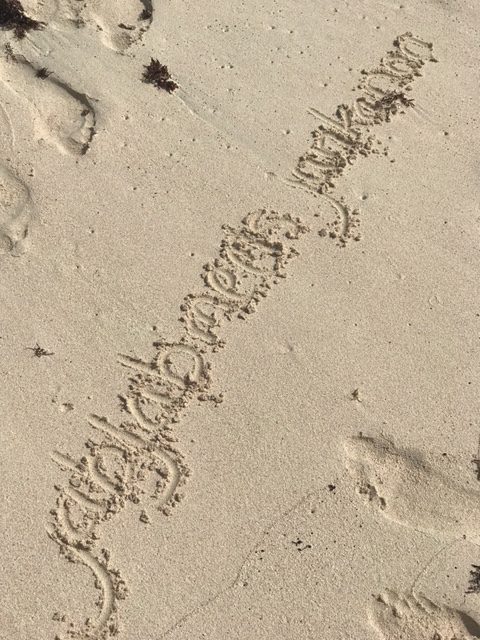 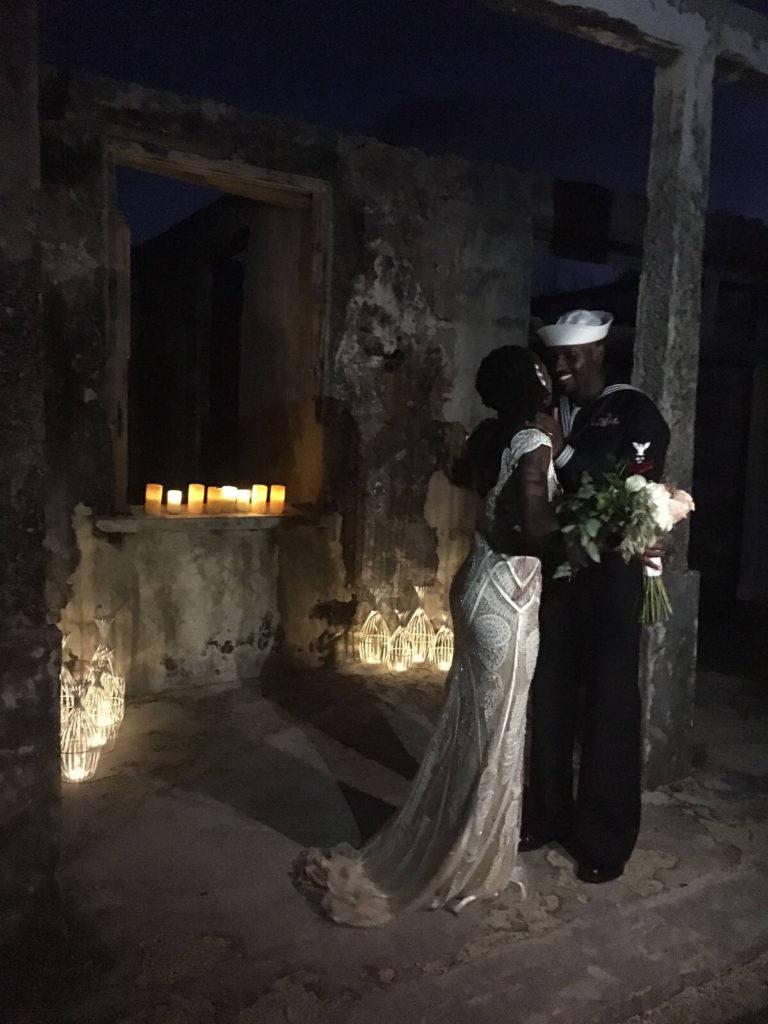 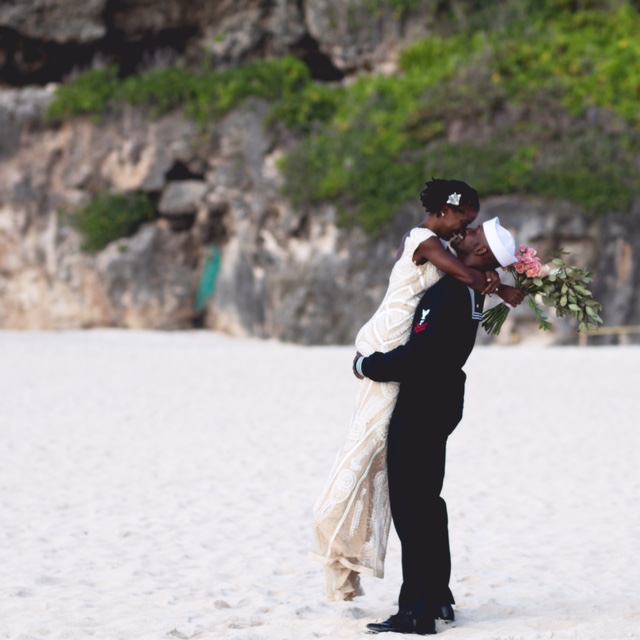 Hope you all enjoyed this as much as I enjoyed writing it.

Til the next one,

Fete- A-Quete : The All White Party

Carnival in Jamaica — A Review

Here’s Why You Need To Add St. Lucia Carnival To Your Bucket List